Just uploaded the last track for my new, completed album 'Ecumenicism'! It's all available for sale now on the Music Page if you're interested. Thanks to all those who helped me and provided some inspiration - it's been a strange year so far, but I'm glad I finally got it done. Next on the agenda is to do a bit of writing and start a new piece for ScoreExchange in notation... Many thanks, Dan. 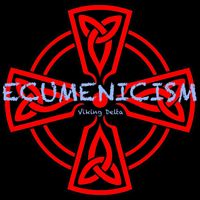 Used a heavily sampled Tongue Drum on this track - many thanks to Faye Dabup, who allowed me to record it in the first place. Also, thanks to Ros and John (Faye's husband) for allowing me to come to their home for the said instrument. Hope you like the track. One more (which is underway) and the album 'Ecumenicism' is done.

New song as promised in the site-wide player!

Finally released this song to the website. Should be another one soon, so keep your eye's (and ears) peeled!!!

At home towards the end of Lockdown (hopefully?) and time is marching on this year, so I need to release this song 'Helgi' as part of a new album called 'Ecumenicism'. I'm sure everyone's got the message now - it's available in the site-wide music player and for download before everything is completely released. The album title was inspired by a conversation I had with a friend about the influences of Christianity on early Norse literature and in my creative wisdom I tried to give 'Helgi' a bit of a Trap feel. Not sure if this is appropriate, but that was what I was thinking... You may or may not have noticed, but all the songs are named after characters from The Poetic Edda - I thought I should really stop beating about the bush, really get into the Viking Delta spirit and delve into the history of heroes, Gods and legends!

Made this track on 31.3.20 under Lockdown and just managed to get back to my computer to upload it etc. I used an App on my iPad called JammPro, which was developed in collaboration with 'Coldcut'. You can listen on the site-wide player - hope you enjoy it!

A friend of mine called John Dabup gave me some sample discs, so I thought I should make a new song and dedicate it to him - for those that know me, I tend to ‘Germanicise' everything! Feel free to listen, or download from the site-wide player at the bottom of the page...

I just had this keyboard delivered today to replace my Yamaha P-140S - thank God the old stand works with it and I can put my music rest behind, so I don’t have to buy anything else! The P-140S is now for sale if anyone wants to drop me a line via the Contact page, but I’ll be sorry to see it go (it has a great action and has served me well - I can’t afford to keep it with the new keyboard and don’t have the space…). Now, I’m probably geared up to write some more Electronica! 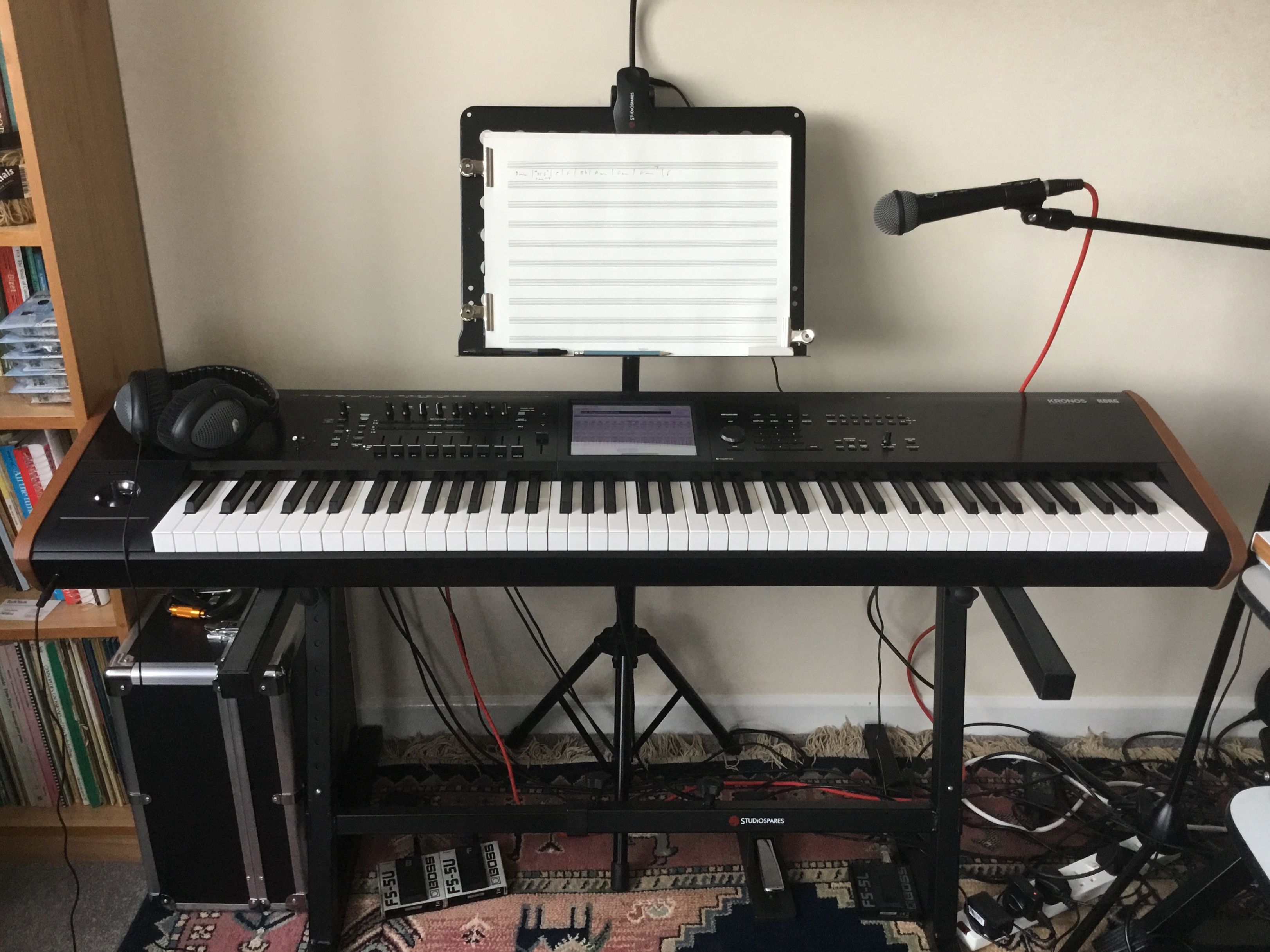 I’ve written a number of articles and a book on two of my favourite non-musical subjects this year - Theology and Philosophy, if that doesn’t sound too heavy and boring! I’ve also managed to complete a hefty book of crosswords in my spare time, which I think was a Christmas present from my Mum I’ve had lying around for ages… Musically, though, I’m doing some research into a big Requiem piece I aim to start writing soon (currently listening to some of the greats by Mozart, Brahms, Fauré and Britten etc.). I have lost a couple of good friends recently and wanted to compose something in their memory. I have also been learning some more Jazz techniques at the piano and I’m not sure if it’s appropriate, but I might end up incorporating some of the interesting harmonies and scales I found along the way? I’ll let you know how I get on and where it ends up regards website publishing and so on.

'Blackbirds' is now released in its entirety with new tracks 'Eile' and 'Comme voler au fond des bois'. These two tracks are a bit 'chalk and cheese', one being created in Logic and the other in Ableton Live (guess which if you like!). I used a MIDI wind controller on 'Comme voler...' and it is intended to go with moving images as a kind of short audio scene filler. It was inspired by some music by Erik Satie and I had some help with the title from a French friend of mine who goes to the same gym as me...

Have added a new Blog feature (see above).  The older posts below are now archived here as well:

So far this year I have written a couple of songs using my new 'live' set-up, which you can listen to (and buy?) from the music player in the footer of this website. As you will see from the Gear page, I have added a few things to my studio! I am still playing piano with Annie, which I am really enjoying, with a view to a public performance later this year... I sang with St. Leonard's choir again at Easter and am booked in to sing and play at the Flower Festival weekend as well.

This year I have written some more songs for ReverbNation - they are also the first songs on the site-wide player! Also, for your information, Avid have 'finally' updated Scorch (and Sibelius to 7.5, which I am lucky to have now). I have also added another SoundCloud account to the Homepage, which now replaces the Myspace link there - I wanted to avoid any problems with listening (on tablets and mobile devices) to the music I recorded with Annie. However, the links on other sections of this site will still direct you to the old Myspace account but it only seems to work if you want to listen on your computer. I would welcome feedback if anyone has any issues with playback on their own systems! I have also just received some music to learn for the Easter service at St. Leonard's. I sang at Easter in the end and also at a Confirmation on 11.5.14. Have finished (as of 11.7.14) my 'English Mass' (hopefully Herbert Howells won't turn in his grave!) There is also another piece (added 28.11.14) called 'Good day, my Lord' - see Score Exchange  for both these pieces. I will be singing again at Christmas for the local church and the Midnight Mass as well.

I have been busy so far this year with writing: I have added some new material to the playlist on this site (at bottom of pages). I am also currently adding new pieces to Score Exchange  and am working on a Mass, which will hopefully be ready soon! By the way, Score Exchange are in the process of updating their procedures for viewing and downloading scores: as I understand, they will be replacing the Scorch 'system' with one where viewers can do both with 'pdf' files ... I have continued with St. Leonard's choir and played piano with Annie during the Flower Festival. I also provided the music at Cross Way URC church in Seaford on 3rd November and am now working towards the Christmas evensong at St. Leonard's where one of my pieces is being performed.

Continued working with Annie. We performed at a wedding fair in February and have done some more recordings for Myspace (Daniel and Annie). I performed with St.Leonard's choir for the Jubilee Service and am currently preparing for a concert (me at the piano and Annie singing) on 1 July (St.Leonard's, Seaford). I am also having organ lessons - I have joined the 'augmented' choir of St.Leonard's as payment! Annie and I performed once more on 7th October at St.Andrew's, Alfriston. I am currently learning new repertoire and rehearsing for a Carol Service with the augmented choir on 23rd December (6.00pm). Also managed to fit in singing at a wedding on the 22nd December!

Still writing! I have completed some new scores (on Score Exchange ). You can listen to mp3s of these scores (only using MIDI sounds at the moment, I'm afraid). Please be aware you need 'Scorch' to preview these scores as notation (can be downloaded for free from the Sibelius site but only available in 32-bit mode at the moment so please check your browser compatibility). I have also written some more instrumental tracks for ReverbNation (which you can access too from the Home Page). Concert band finally ended for me with a 'whimper' as T.S.Eliot would say.

I have been working for a lot of this year as an accompanist to a fine singer called Annie Lorys. We have been working on recording some Classical/'Jazz' pieces in a professional studio where possible. You can listen to these on Myspace too.

I had a very 'healthy' Christmas (I actually managed to go to the gym) and then continued with job hunting in the new year. I continued playing for the university's wind band and hoped this would become a regular fixture! I have written a number of new songs and ringtones and even some serious stuff this year. Now in the second year of playing with concert band, I am looking forward to a concert with them in December! Some royalties have started to appear from my album/EP 'Musikology' and I have also done some teaching locally.

I completed my MA in Music course at Sussex University this year and added some new tracks to the site, which had been started years before but never finished. Started to look for work as well and tied up a few loose ends (musically speaking).

This year I decided to take some time out between finishing my BA with the Open University and starting an MA in Music at Sussex University. I took a short course in Web Design with the Home Learning College and completed a previous incarnation of this site for assessment purposes. I felt that I should overhaul the site - it seemed to be a bit of a mess as things had moved on! I had a plan to write a kind of autobiography in the summer, but abandoned this because I thought the subject matter was a bit too risky. This year seemed to go so quickly! I had two shows in April and nearly had a nervous breakdown. Later, in November I had two gigs during my first term at Sussex and 'christened' a new stage piano. I also had a showing for a film, which I made at university. Christmas and the New Year came and went.